I think I’m dysoning up all the stamp sheets for Nigeria that I can get my hands on. I did see a beautiful sheet of Niger Coast 10s purples a while back but that was very expensive. And a George V sheet of 4d brown on yellow is estimated to fetch £1500 or more at an upcoming auction. Shan’t be bidding for that then.

Luckily, Nigerian stamp sheets are very reasonable in price and not in much demand as far as I can see because I’ve collected 15 in a few months without much difficulty. I aim to get as many as I can though getting them all is likely to prove impossible.

Anyway, this sheet is not strictly speaking from Nigeria. The French Trust Territory of Cameroun became independent on the 1st January 1960 but a vote was taken on the country’s future as there was also a British Trust Territory part. Northern Cameroun voted to merge with Nigeria and the south joined the Cameroun Republic. While this was going on, the post office continued to work under British control and issued stamps of Nigeria with the overprint “CAMEROONS U.K.T.T.” 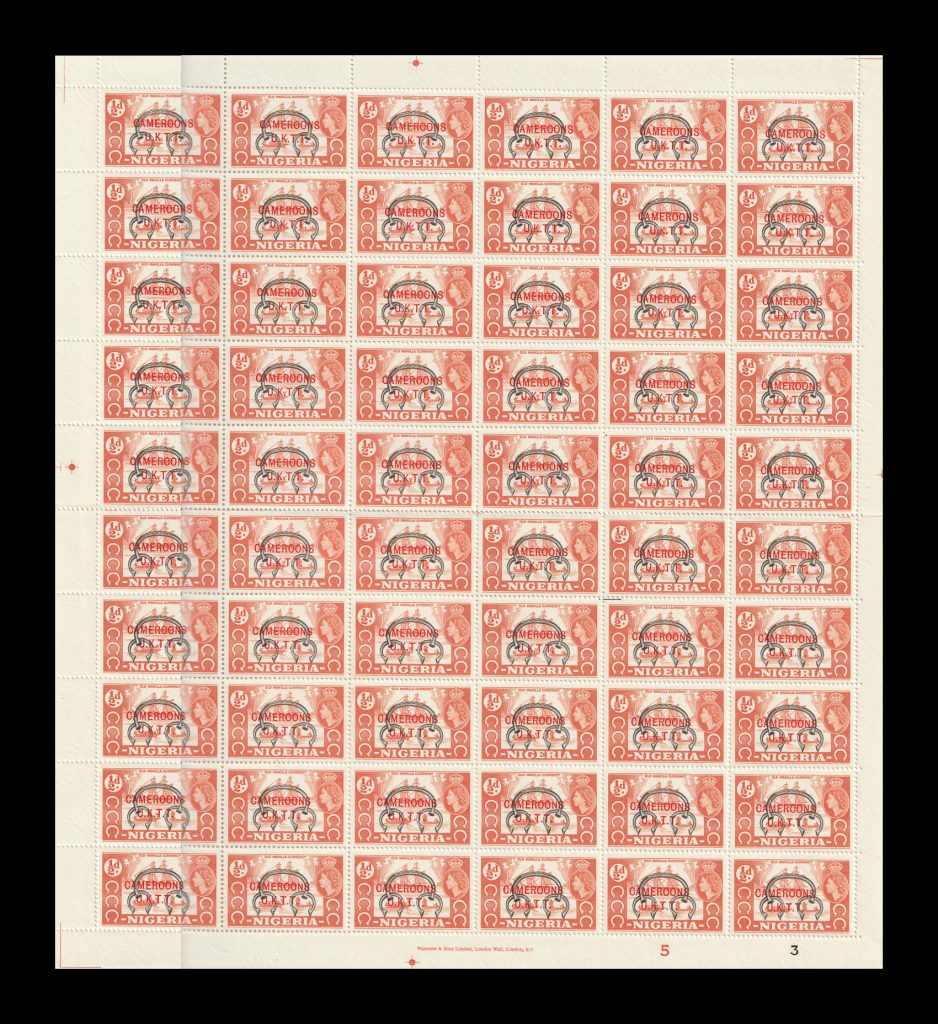 The 1/2d stamp is common in both its Nigerian and overprinted form and I have recently acquired this sheet which is in amazing condition. One fold (central), no separations of perforations or toning of the gum. Not bad for a sheet that is 58 years old. I’ll be on the lookout for more Cameroons stamps sheets to continue this series.

Any weirdness in the scan is not due to the stamps being unusual in any way but due to my inability to stitch together two scans perfectly to make one image as I don’t have an A3 scanner. I reckon there is a way of making a better job with Photoshop so that’s something to look into.